Climate Change: Nigeria plans to phase out use of kerosene by 2030

Via his twitter account, he announced Gov. Ifeanyi Okowa as his choice for the position of vice-president in the upcoming election.

In his tweet he writes, “I am delighted to announce Governor @IAOkowa as my Vice Presidential candidate. I look forward to travelling our great country together, engaging with all Nigerians and building a shared future of peace, unity and prosperity for all. As One We Can Get It Done.” 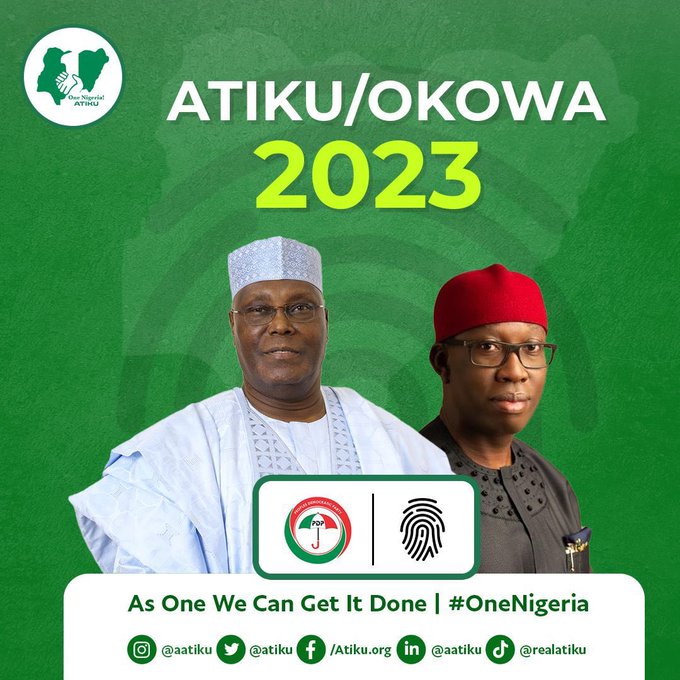 Gov. Ifeanyi Okowa is the current serving governor of Delta state; a tenure which is actually his second. He also served as senator for Delta North Senatorial District in Delta state and once was secretary to the Delta state government.

Alhaji Atiku Abubakar’s choice is not a surprise. Taking into account that he is a Muslim from Northern Nigeria, there has been speculation from citizens that he would have to choose a candidate who is a Christian and also from the South.

A number of citizens are already beginning to voice worries about Gov. Okowa’s connection to former Delta State governor, Mr. James Ibori – convicted of money laundering in 2012 – and corruption allegations directed at himself regarding the Delta Line bus company partial privatization during his first term as governor.

Alhaji Atiku Abubakar’s move is however proposed to place him in a strong position to contest against the candidate of the ruling party, APC (All Progressive’s Congress) who will be represented by presidential candidate, Bola Ahmed Tinubu and also against Labour Party’s, Peter Obi.

Climate Change: Nigeria plans to phase out use...

Climate Change: Nigeria plans to phase out use...

NNPC is the most transparent National oil company...